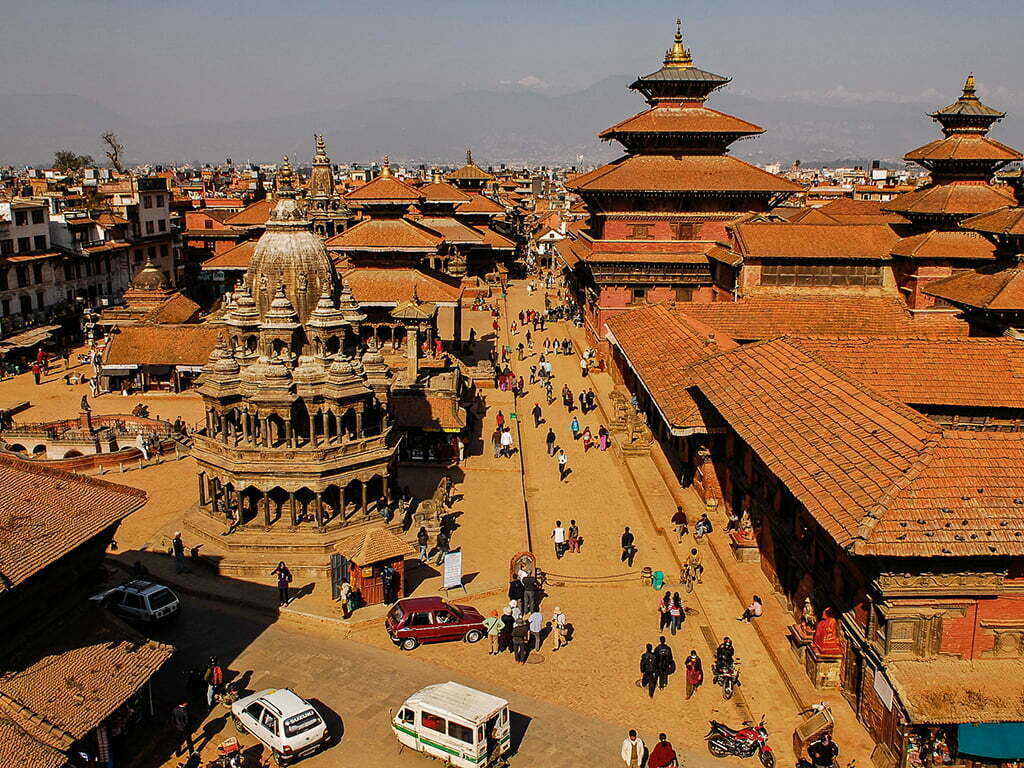 Kathmandu Valley represents a cultural meeting point in the region. The valley’s profound mystic culture and lifestyle is based on a unique amalgamation of Hinduism and Buddhism as well as many other faiths and belief systems. Kathmandu Valley, the cultural and commercial hub of Nepal, contains three fabled cities namely Kathmandu, Patan and Bhaktapur. Each has an artistic exposition of graceful temples, elegant palaces, brick-paved courtyards and quaint streets. Multi roofed temples, exquisite monasteries, stone carvings and wooden carvings, and the age-old traditions and religious festivals have keep Kathmandu valley with immense vivacity till today. It holds a considerably high number of places recognized by UNESCO as World Heritage Sites. You will experience some of the World Heritage Sites in this trip.
This three days tour designed for those visiting Kathmandu for a short sightseeing, especially business people and professionals or travelers in transit. If you wish to make an extended tour of the valley we suggest you engage our 7 Days Explore Nepal or make a tour of all World Heritage Sites of Nepal including Lumbini & Mt. Everest Mountain flight with our tour itinerary 10 Days Nepal Heritage Tour.

You will be accommodated in Alpine Hotel and Apartment or similar hotels in Kathmandu, standard teahouses during trekking and tents when climbing. Most teahouse accommodations will only have shared toilet facilities. For tent accommodation, foam mattress will be made available. In climbing section, toilet facilities will be provided with necessary natural preservation. All accommodations in Kathmandu and teahouses are on twin-shared basis whereas a single tent will be provided to each individual for the climbing section. We can cater to special request for a single room in Kathmandu by paying a single supplement of USD 310. However, there are several teahouses on the trekking route that doesn’t allow single room accommodation. On paying a single supplement, you will get a single room in Kathmandu however sometimes it is feasible only in the trekking areas of the lower elevations.

During the trip, you can enjoy Nepali, Tibetan, Indian as well as more common continental cuisines. Breakfast (only) will be provided during your stay in Kathmandu whereas all meals (breakfast, lunch and dinner) will be available during the trek and climb. While trekking, breakfast will be taken in the same place we stay the night. Similar arrangements can also be arrange for dinner. Lunch will be taken en route to the next destination. During climbing session, hygienic and freshly-cooked food will be provided. There will also be welcome and farewell dinners in Kathmandu.

Day 01: Arrive in Kathmandu, Sightseeing: Kathmandu Durbar Square, Swoyambhunath
Upon arrival at the Kathmandu airport (TIA), you will be greeted by a representative from Alpine Club of Himalaya. After completing the custom formalities (Visa, etc) pick up your luggage and look for our representative with a display board at the arrival gate. You will be then transferred to Hotel Shanker or a similar category hotel. We will start a guided tour to several of the most historical and spiritual attractions in Kathmandu. Two of the landmarks for the day are the UNESCO World Heritage Sites – Kathmandu Durbar Square and the famous Buddhist Swayambhunath also known as ‘Monkey Temple’ among the foreigners. In the evening, there will be a welcome dinner hosted by Alpine Club of Himalaya at the restaurant. For dinner, you will be served with excellent authentic Nepalese cuisine which will introduce you to the Nepalese food culture.
Day 02: Visit Pashupatinath, Bhaktapur & Patan
After breakfast we start a guided tour to three other UNESCO world heritage sites in the Kathmandu valley, Pashupati Nath, Bhaktapur, and Patan. The two-storied pagoda of Pashupatinath houses a sacred lingum, or the phallic symbol of Lord Shiva. The AryaGhat alongside Pashupati and on the banks of the Bagmati River is a famous funeral site for the Hindus. The medieval town of Bhaktapur, or the Town of the Devotees, preserves medieval arts, architecture, culture, and lifestyle to this date. One experience for sure is like travelling back into the past while walking along the Bhaktapur thoroughfares, squares and streets. The city of Patan is also known as The City of Fine Arts. Patan Durbar Square is full of ancient places, temples and shrines, noted for their exquisite carvings, mostly the Hindu and Buddhist monuments.
Included meals: Breakfast & Dinner
Day 03: Visit Boudhnath & Airport Departure
After breakfast, we make a tour of the magnificent stupa of the Boudhnath. The Buddhists shrine of Bouddhanath is one of the largest stupas in the world, and one of the holiest Buddhist pilgrimage and tourist destinations in Kathmandu. The area of Boudhnath is also famous for over 50 Tibetan Gompas or monasteries built by the ancient Tibetan merchants as well as recent Tibetan refugees from China. After visiting Boudhnath, we take you to the airport approximately 3 hours before your scheduled flight.
We hope you enjoyed the tour with us, and we are sure you will make a another trip in the Himalaya Region.
Included meals: Breakfast
print