Journey on the Silk Road – 12 Days 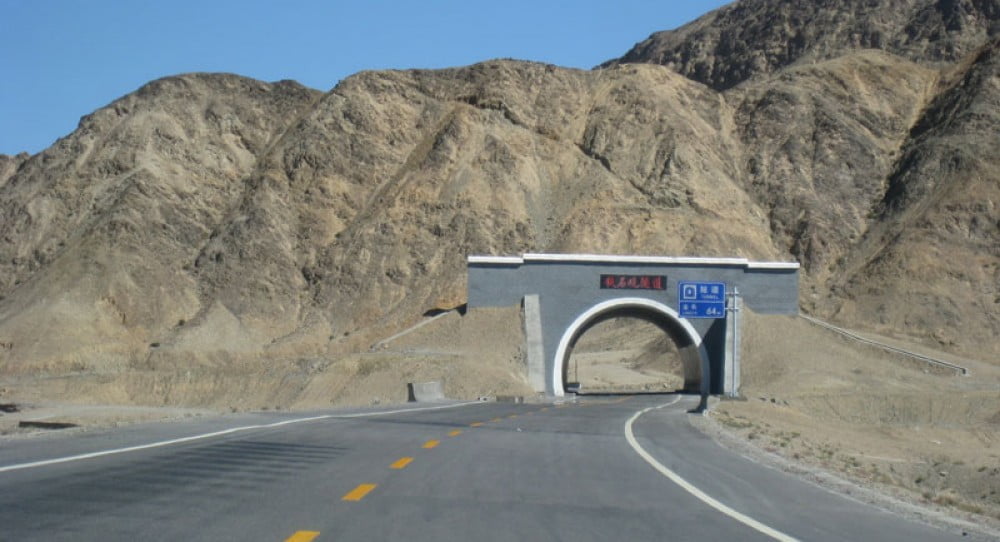 This is a classic Lhasa overland tour that takes us to Mt. Everest which is the dream for travelers. On this trip we get an all over sample of Tibet, its culture, history, some of the finest monasteries and spectacular views of the Himalayas. We travel over high meadows filled with yaks, some of the highest road passes in the world, passed emerald colored lakes and exquisite villages.

Go to top
The given cost are per person and exclude international flights. Given below are the departure dates available for online booking. If the given date is not favourable then please contact us and we will customize your trip on dates you preferred
Departure DateGallery

Day 01: Arrival and sightseeing in Beijing

You will be greeted by our guide from Alpine Club of Himalaya upon arrival at the Beijing airport. Once you have checked in to the hotel, you will go on city tour of Beijing for the day. With more than 3000 years of history, Beijing is the 3rd most populous city in the world, and is China’s cultural, political, and educational centre. As the last of the Four Great Ancient Capitals of China, Beijing is renowned for its opulent palaces, temples, parks, gardens, tombs, walls, and gates You will tour places such as the Forbidden City, the enormous palace that was the home of the emperors of the Ming and Qing dynasties, the Palace Museum, which contains imperial collections of Chinese art, Tiananmen Square, the National Museum of China, the Monument to the People’s Heroes, and the Summer Palace, a vast ensemble of lakes, gardens and palaces that was constructed from 1749 to 1764 and is the grandest imperial ground around the immense Kunming Lake. Overnight in Beijing.

You fly in to Xi’an in the morning and tour the city. Xi’an is the oldest of the Four Great Ancient Capitals of China, the starting point of the Silk Road, home to the largest ancient Terracotta Army of Emperor Qin Shi Huang, and was a cultural and political centre of China in the 11th century BCE. You will then visit the Shaanxi History Museum, elegant and dignified on a large scale, with a combination of traditional architecture and modern technology, which embodies folk tradition and local features. Overnight in Xi’an.

On Day 2 in Xi’an, you will visit The Museum of Qin Terra Cotta Warriors and Horses, that has life size terracotta figures of warriors and horses arranged in battle formations, that are the most significant archeological excavations of the 20th century. You will also visit places such as the Big Wild Goose Pagoda, the Daci’en Temple, and Banpo, another archaeological site discovered in 1953. In the evening, enjoy the Tang Dynasty Song and Dance Show at Tang Yuegong Theatre. Overnight in Xi’an.

Fly to the historic city of Zhangye and tour its famous landmark, the giant Buddha temple, a huge complex consisting of the Giant Buddha Hall, the Buddhist Classics Hall, a Clay Pagoda, and China’s largest reclining Buddha at 34.5m in length. It is also believed that the Bieji Queen once lived and gave birth to Kublai Khan there, and that Marco Polo, impressed by the magnificent architecture of the Giant Buddha Temple and by the prosperity of Zhangye city, lived here for more than a year. Overnight in Zhangye.

Day 05: Sightseeing in Zhangye, then train to Duhuang

You will visit the famous Matisi Grottos (Thousand Buddha Cave) located just inside the entrance to the Matisi. There are 8 caves here, of a similar age and style as at Matisi Bei up the valley. The temple and small monastery at the front is Chinese Buddhist, while the Shengguo Temple above Mati village is Tibetan. We then visit the temple of the legendary King Gesar, and witness the excellent sunset over the picturesque landscape of Danxia. We then take a train to Duhuang to spend the night.

You will visit the Hechang Military Depot, which is located in the northwest part of Dunhuang, about 20km away from the Yumen Pass. The military depot was used to store food and clothing when fighting with the nomadic Xiongnu people during the Han dynasty. Overnight in Duhuang.

You begin the day by visiting the beautiful Crescent Lake, which is a small pool of spring water between two large sand dunes. You can also go on a camel safari. Next, you will tour Dunhuang’s famous Mogao Grottoes (Dunhuang Grottoes), a site with China’s largest collection of Buddhist grottoes, the oldest ones dating back to as early as a thousand years ago. While touring the site you will also get to marvel at the murals that have Buddhist stories, folk culture, farming, and hunting as their main themes. Take a train to Yumen and finally to Turpan to spend the night.

Begin sightseeing in Turpan with a visit to the Suleiman’s Minaret (Sugong Pagoda) built in Uighur architectural style in 1778. Next, visit the grape valley, a small paradise with a thick maze of grape trellises, the Karez channels, a unique underground water system, invented and built by ancient farmers from various ethnic minorities of Turpan, and the Astana Tombs from where thousands of priceless historical relics have been unearthed. End the tour by passing through the legendary Flaming Mountain, believed to be the hottest place on earth.

Drive to Urumqi after breakfast and visit the Terai Camp followed by Nanshan Grassland, both beautiful natural sites. Nanshan Grassland, also known as Mount Nan Pasture, is a large pasture region with many beautiful streams and a waterfall. While in Urumqi you can also enjoy a traditional meal by ethnic Kazakhs, who were traditionally nomadic, tribal shepherds and ranchers of cattle, sheep, goats, and horses.

After checking in at your in Kashgar, you will visit the Etigar Mosque, known as the “Little Mecca”a among muslims in central and west Asia. Also visit the Tomb of Abakh Khoja, a much revered muslim leader and prophet of the 17th century, visit the world’s liveliest market in Kashgar, an oasis in the centuries-old Silk Road.

Spend the entire day enjoying the beauty of the clear Karakuli Lake, whose color ranges from a dark green to azure and light blue. The lake lies at an altitude of 3,600m, and is the highest lake of the Pamir plateau, near the junction of the Pamir, Tian Shan and Kunlun mountain ranges. Surrounded by mountains which remain snow-covered throughout the year, the three highest peaks visible from the lake are the Muztagh Ata (7,546m), Kongur Tagh (7,649m), and Kongur Tiube (7,530m). Overnight in Kashgar.

Your journey along the Silk Road ends. You will fly to Beijing and board a flight home.

print
Nepal has seen many rulers and ruling dynasties, which lead to a colorful, mixed history. Kathmandu Valley being the heart of Nepal is a natural basin of patchwork of terraced fields and sacred temple towns that showcase the glory of the ancient architects and artisans of Nepal.